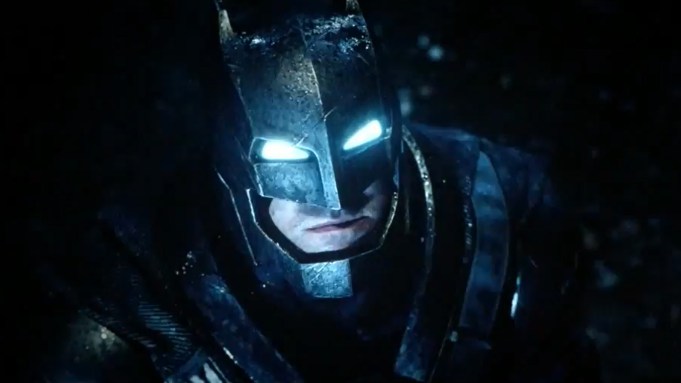 Ben Affleck and Henry Cavill, who play Batman and Superman, respectively, were on hand to introduce the pic along with director Zack Snyder.

Jesse Eisenberg appears in the trailer as villain Lex Luthor.

“The devils don’t come from hell beneath us,” Eisenberg says as Luthor in the clip. “They come from the sky.”

During the panel, Snyder detailed how the new superhero chapter dealt with DC lore. “The big rule we broke is we put Gotham and Metropolis next to each other,” he said. “They’re sister cities like Oakland and San Francisco.”