Continue to Variety SKIP AD
You will be redirected back to your article in seconds
Dec 15, 2015 2:10pm PT 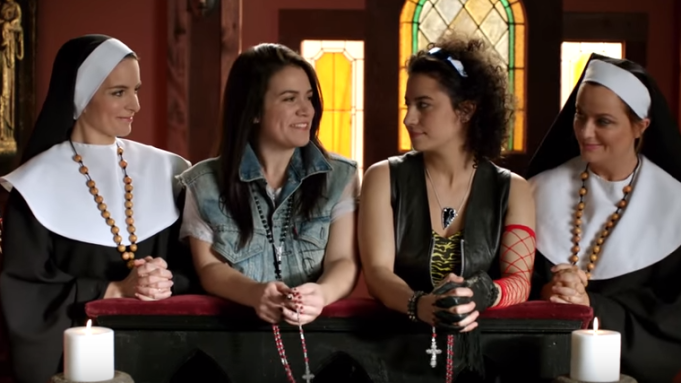 With “Sisters” opening this Friday — the same day as “Star Wars: The Force Awakens” — stars Tina Fey and Amy Poehler are extending the film’s marketing campaign to “Broad City” fans with a new promo, which results in a mega-comedy crossover.

Ahead of “Broad City’s” Feb. 17 season premiere and “Sisters” hitting theaters, Poehler, who is an exec producer on the half-hour Comedy Central series, appears alongside Fey in a new promo for her show that stars Ilana Glazer and Abbi Jacobson. The video was published Tuesday on Comedy Central’s YouTube channel.

In the new video, Ilana suggests the four women make a movie together, but Fey and Poehler joke that four women is too many for one movie. “I don’t think people want to see that many women talking at once. They’d just be like ‘Ah, what are you yelling about?’ Just look at ‘The View,'” Fey said.

“Just to be clear, ‘Sisters’ the movie has nothing to do with the sisters here. I mean, who wants to see a movie with four sisters?” the narrator jokes at the end.

Season three of “Broad City” premieres on Comedy Central on Feb. 17. Hillary Clinton will guest star on an episode.