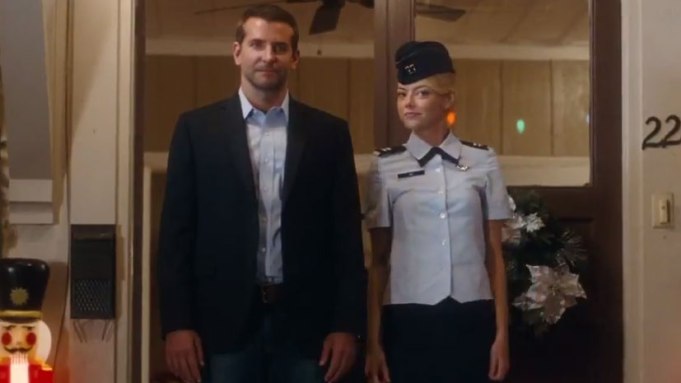 The trailer opts for the serious side of the story, in which Cooper plays a military contractor who reconnects with a long-ago love (portrayed by McAdams) while unexpectedly falling for an Air Force watchdog, played by Stone. Murray plays a billionaire launching a satellite system.

“You’re a workaholic who creates work to avoid real work,” McAdams says in response to Cooper’s character asserting that he can’t remember why they broke up.

“I’m working on that,” he says in response.

Crowe directed from his own script and produced with Scott Rudin. Executive producers are Ilona Herzberg, Eli Bush and Ben Waisbren.

The film was formerly called “Deep Tiki” and “Volcano Romance.” Sony opens “Aloha” on May 29.