Warner Bros. Moves Ron Howard’s ‘In the Heart of the Sea’ to December 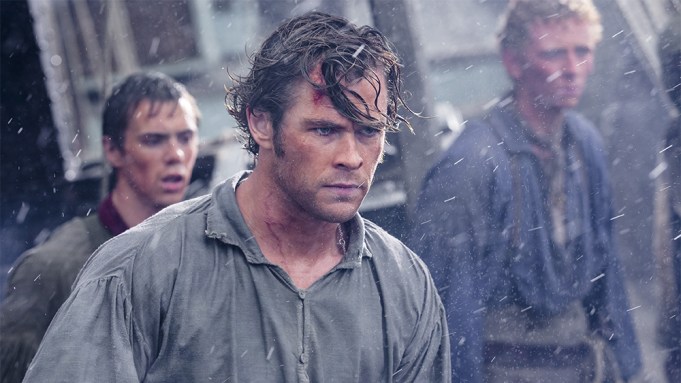 Warner Bros. has moved back Ron Howard’s “In the Heart of the Sea” by nine months from March 13 to  Dec. 11.

Chris Hemsworth stars as the first mate of the besieged New England whaling ship Essex in the film about the 1819 attack on the Essex by a mammoth whale that inspired Herman Melville’s “Moby Dick.”

Benjamin Walker, Cillian Murphy, Ben Whishaw, Tom Holland, Brendan Gleeson and Jordi Molla also star. The movie is based on Nathaniel Philbrick’s book “In the Heart of the Sea: The Tragedy of the Whaleship Essex.”

Village Roadshow co-produced and co-financed “In the Heart of the Sea,” which is the only title on the Dec. 13 date. Producers are Joe Roth, Paula Weinstein, Will Ward, Brian Grazer and Ron Howard.

Warner Bros. has also moved Liam Neeson actioner “Run All Night” forward a month into the March 13 slot from April 17.

Neeson stars as an aging hitman forced to take on his former boss to protect his family. Jaume Collet-Serra directs from Brad Ingelsby’s script.