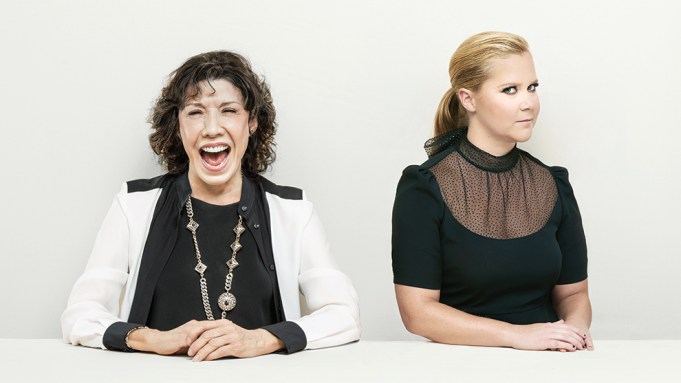 Amy Schumer and Lily Tomlin tackled tough roles this year. Schumer wrote and starred in “Trainwreck” as a hard-partying journalist who reluctantly falls in love; in “Grandma,” Tomlin’s character must drive her granddaughter to an abortion clinic.

Tomlin: (Robert Altman) was totally cool. He was very much in control, and you never felt like he wasn’t in control. I have so many Altman stories that I get confused about what I’m starting to tell because they all start out the same, because he’s so cool. Some actor would say, “What do you want in this scene?” and Bob would say, “I don’t know, why don’t you surprise me?”

Schumer: There was concern that in “Trainwreck” my character wouldn’t be likable, that she would be too easily dismissed for being drunk and a slut. I didn’t want to be identified with that. I wanted to be more real. But I think that both of our characters were very likable.