Watch: The Griswolds Get Nostalgic in ‘Vacation’ Red Band Trailer 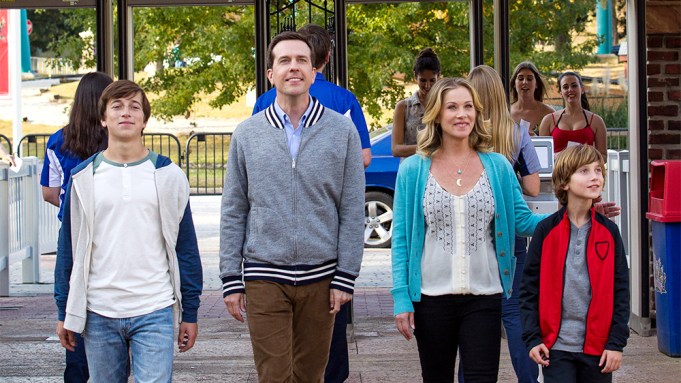 The red band trailer for Warner Bros.’ “Vacation” has hit the Web, and writer-directors John Francis Daley and Jonathan M. Goldstein pay due homage to the Chevy Chase original with a cavalcade of meta references and in-jokes, opening the trailer with a nostalgic trip down memory lane courtesy of footage from the 1983 comedy.

The sequel stars Ed Helms as Rusty Griswold — son of Chase’s Clark and Beverly D’Angelo’s Ellen — who now has his own family to drag on an ill-conceived vacation to Walley World: wife Debbie (Christina Applegate), and two sons, James (Skyler Gisondo) and Kevin (Steele Stebbins).

“I’ve never even heard of the original vacation,” scoffs older son Kevin, to which Rusty retorts, “Doesn’t matter, the new vacation will stand on its own!”