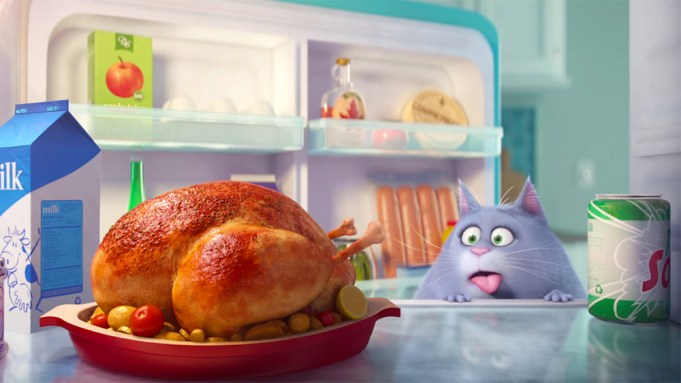 Universal has released the first trailer for Illumination Entertainment’s animated comedy “The Secret Life of Pets” more than a year before its release on July 8, 2016.

The trailer reveals that pets don’t do what owners expect when they’re away. One of the more memorable bits features a dachshund getting a massage from blender blades.

Chris Renaud, who has directed both “Despicable Me” movies, is the director of “Secret Life,” which is co-directed by Yarrow Cheney from a script by Brian Lynch, Cinco Paul and Ken Daurio. Producers are Illumination founder and CEO Chris Meledandri and Janet Healy.