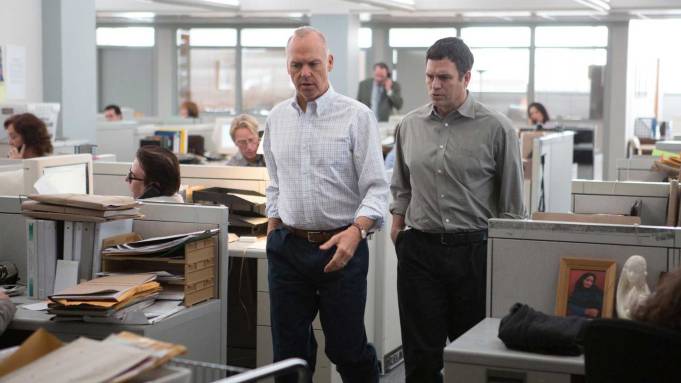 Michael Keaton and Mark Ruffalo won’t be silenced in the first intense trailer for their Catholic sex scandal drama “Spotlight.”

The film from director/co-writer Tom McCarthy tells the true story behind the Boston Globe’s investigation into child abuse in the Catholic Church. The group of journalists won the Pulitzer Prize for Public Service in 2003 after uncovering the local Boston Archdiocese’s massive cover-up of sexual abuse. “West Wing” scribe Josh Singer co-wrote the film, which has already generated plenty of awards buzz.

The Globe’s reporting eventually led to the resignation of Cardinal Bernard Law, who had hidden years of abuse by other priests, and yielded other revelations of molestation and cover-ups around the world.