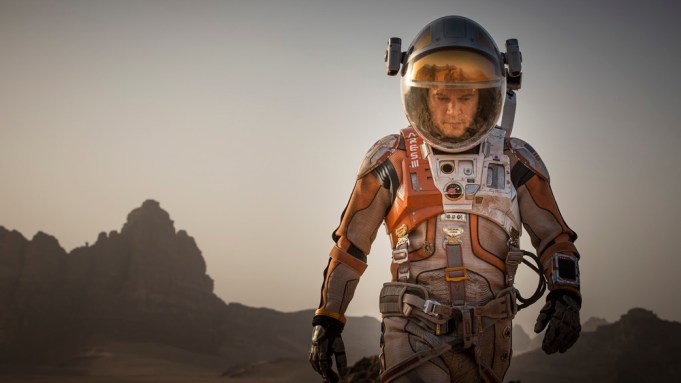 “Help is only 140 million miles away,” the trailer notes.

Directed by Ridley Scott, “The Martian” follows Damon’s astronaut character who’s stranded on Mars. He must survive in a brutal environment and find a way to notify NASA that he’s still alive. Damon has been stuck for four years at a science station that’s designed to support him for 31 days.

Fox screened footage of the pic in April at CinemaCon, where it elicited a strong response from exhibitors.

The film hits theaters on November 25.