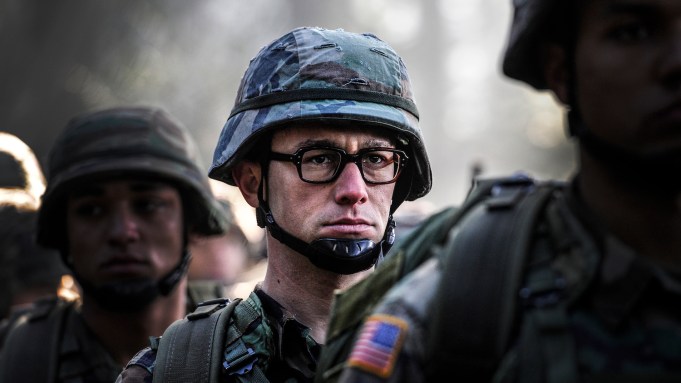 The one-minute teaser offers a recap of the career of whistleblower Edward Snowden: “Army recruit at 21;  joined CIA at 22; NSA contractor at 25; By age 29, the most wanted man in the world.”

The trailer concludes with an upside-down U.S. flag bearing the motto, “One nation, under surveillance, for liberty and justice for all.”

Moritz Borman is producing with Eric Kopeloff and Philip Schulz-Deyle. Stone is directing from a script he co-wrote with Kieran Fitzgerald, based on Luke Harding’s “The Snowden Files: The Inside Story of the World’s Most Wanted Man” and “Time of the Octopus,” by Snowden’s Russian lawyer, Anatoly Kucherena.