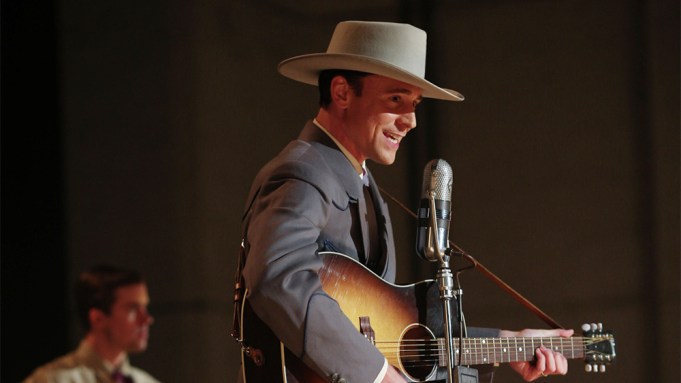 Sony Pictures Classics has released the first trailer for its Hank Williams biopic “I Saw the Light,” starring Tom Hiddleston — who gives no hint of his native British accent.

The trailer, released four months ahead of its March 25 opening, starts with a quote from Williams: “People don’t write music. It’s given to them.”

The trailer includes Williams’ classics “Hey, Good Lookin'” and “I Saw the Light” along with his rise to fame, a troubled marriage, infidelity, substance abuse and redemption.

Hiddleston and co-star Elizabeth Olsen had received strong reviews when the film premiered at the Toronto Film Festival in September.

Williams was born in 1923 in Alabama and broke out in the post-World War II era with the song “Move It on Over.” Among his hits are “I Saw the Light,” “Lost Highway,” “Jambalaya (on the Bayou),” “Ramblin’ Man,” “You Win Again” and “Lovesick Blues.” He suffered from spina bifida and died at age 29 of heart failure.