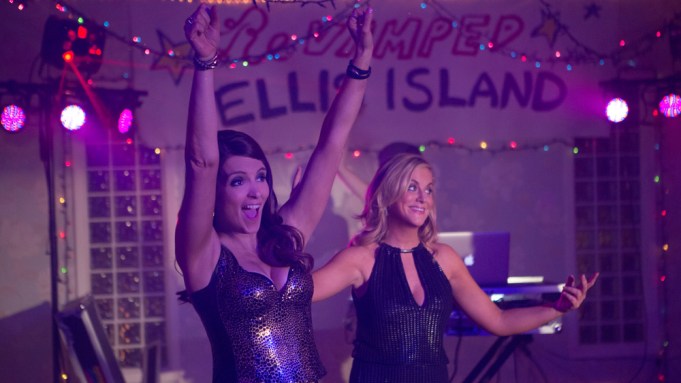 Tina Fey and Amy Poehler say goodbye to their childhood home in the best possible way in the first trailer for their upcoming comedy “Sisters.”

The two play disconnected siblings who throw a massive rager that ultimately brings them closer together. They also tear up the dance floor, where Fey locks eyes with a tatted-up John Cena — “the type of bada– that [she’s] susceptible to.”

The comedy from Universal hits theaters on December 18.