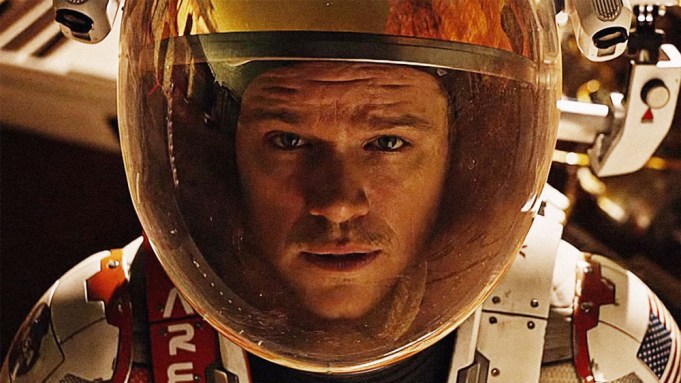 Matt Damon is left for dead on Mars following a catastrophic accident in the new trailer for Ridley Scott’s “The Martian.”

The new clip shows the astronaut “science the s*** out of” his surroundings to make water and grow food on a planet that can’t sustain life. “I am the greatest botanist on this planet,” his character Mark Watney says.

Back on Earth, NASA decides his fate as the public demands his safe return home.

The movie from 20th Century Fox will have its world premiere at the Toronto Intl. Film Festival next month and hits theaters on Oct. 2.