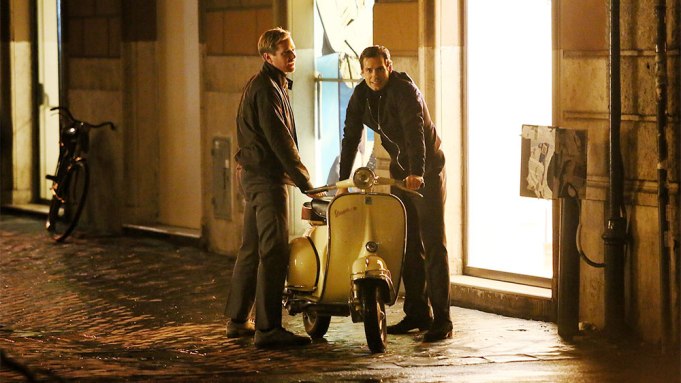 Warner Bros. has released a new trailer for Cold War thriller “The Man From U.N.C.L.E.,” revealing that an atomic bomb has wound up in the hands of a criminal organization.

The trailer is replete with speedboats and gunplay — echoing the iconic James Bond movie of the era, 1963’s “From Russia with Love.” The movie opens Aug. 14.

“When you hear something that sounds like a gunshot, drive,” Hammer instructs Vikander at the start of the trailer.

Set at the height of the Cold War, “The Man from U.N.C.L.E.” centers on a CIA agent and KGB agent being forced to team up on a joint mission to halt a criminal organization, which is backed by former Nazis.