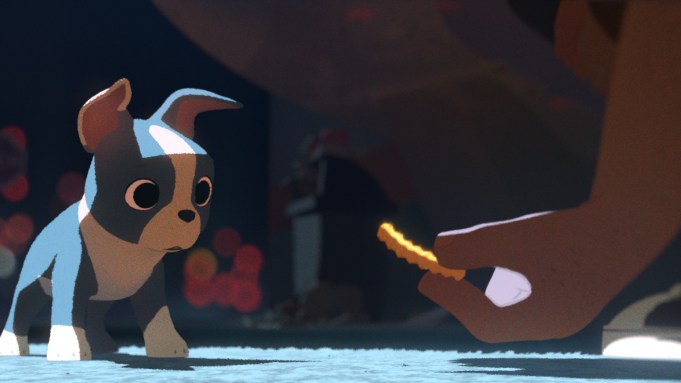 One of the best-reviewed and most beloved movies of the year features no star names and runs less than five minutes long. “Feast,” from Walt Disney Animation Studios, played in theaters before “Big Hero Six,” charming audiences of all ages. With virtually no dialogue, the film tells the tale of a Boston Terrier named Winston and his love for food – which is outweighed only by his love for his owner.

Enjoy an exclusive behind the scenes look at the making of the film, which was hand-drawn as animators studied real Boston Terriers. “Feast” recently won best animated short subject at the Annie Awards, and it is nominated for best animated short film at this year’s Academy Awards.