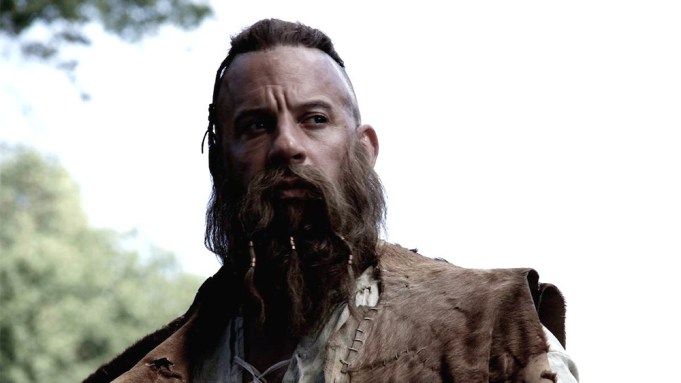 Diesel is bringing a fierce intensity reminiscent of his performances in the “Fast and Furious” franchise to the upcoming movie. He portrays the titular witch hunter character, named Kaulder, who has partnered with his enemy, a witch, to stop a plague on humanity unleashed by the covens of New York City.

Armed with only a sword, he tells an adversary at one point, “Here’s what you don’t understand — one thing your kind has never understood: You will be hunted.”

Michael Caine’s character tells the witch hunter that his story has no end — possibly laying the foundation for another franchise for Diesel. Breck Eisner directed, with Rose Leslie and Elijah Wood also starring.