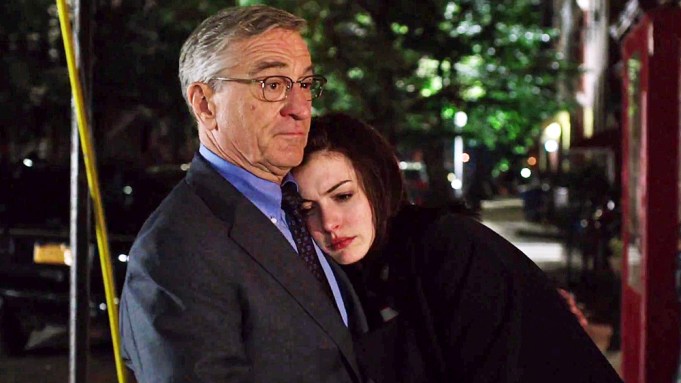 “In retirement, there’s an ongoing relentless effort in creativity,” De Niro says. “I tried yoga, learned to cook, bought some plants, took classes in Mandarin — believe me, I’ve tried everything. I just know there’s a hole in my life and I need to fill it. Soon.”

He fills it by taking an internship at an online fashion site founded by Hathaway’s character (Miranda Priestly would be proud). And of course, the resident sage intern doles out valuable advice to everyone in the office the minute he steps through the door.