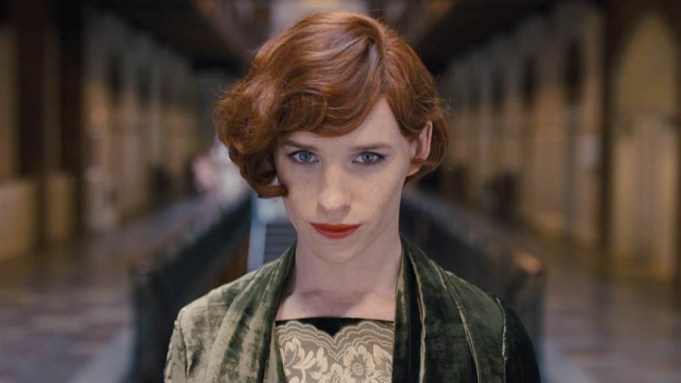 “I believe that I am a woman,” Redmayne’s character tells his wife in the teaser. “And I believe you too,” she says supportively.

Redmayne plays Danish artist Einar Wegener, later known as Lili Elbe — one of the first people to undergo a sex-change operation. The trailer begins with the early days of their marriage, when Einar’s wife, Gerda (played by Alicia Vikander), painted him while dressed in women’s clothes. The lines get blurred when Einar kisses a man in secret during an evening out with Gerda.

“This is not my body, I have to let it go,” Einar later says before undergoing a life-threatening sex-change surgery.

The film, based on David Ebershoff’s 2001 novel of the same name, reteams Redmayne with his “Les Miserables” director, Tom Hooper. Lucinda Coxon wrote the screenplay.

With transgender issues currently in the spotlight following reality star Caitlyn Jenner’s public transition, the film is generating Oscar buzz for both its Academy Award-winning star and director.

“The Danish Girl,” from Focus Features, debuts at the Venice Film Festival this week and screens at the Toronto Film Festival in a few weeks before hitting theaters on Nov. 27.