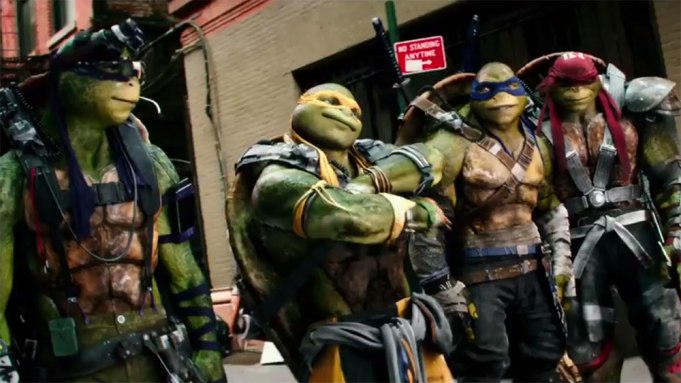 The first trailer for “Teenage Mutant Ninja Turtles: Out of the Shadows” is here: and it’s noisier than ever.

“Bringing back the mohawk — good for you,” one of the turtles deadpans to the villain Bebop, who does indeed sport a purple mohawk.

Laura Linney’s character asks at one point, “Who are you — superheroes?” The response: “Just four brothers who hate bullies and love this city.”