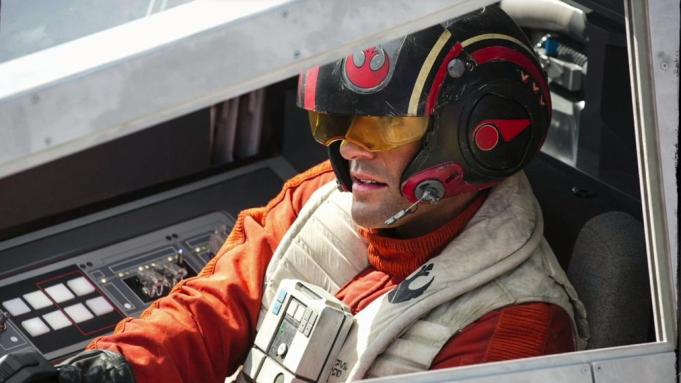 As the countdown to the release of “Star Wars: The Force Awakens” continues (25 days left, to be exact), yet another short TV spot has hit the web, showing some new X-wing pilots and BB-8 struggling to hold on.

Though there’s only a few new shots in the 30-second teaser, we do see Oscar Isaac, who was previously revealed to be a pilot of one of the Resistance ships, giving orders to a Red Squad and Blue Squad.

One of the new pilots looks a lot like Sullustan Nien Nunb, who co-piloted the Millennium Falcon with Lando Calrissian in “Return of the Jedi.” However, the creature could just be another one of Nien Nunb’s species. There’s also a short glimpse at a mystery female pilot.

Daisy Ridley’s Rey can also be seen flying the famous Millennium Falcon as the tiny droid BB-8 rolls around in the back (while that round body must be functional for a few things, staying steady in a whizzing air ship is not one of them).

The hype for the seventh installment in the “Star Wars” series continues to build in the weeks ahead of its release, and the film has already generated a record-smashing $50 million in pre-sale tickets. “The Force Awakens” hits theaters Dec. 18.