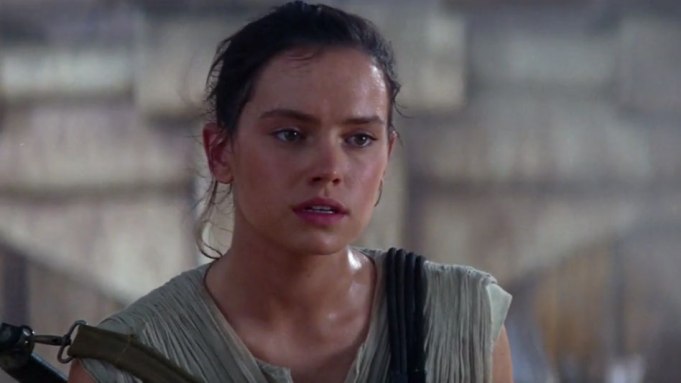 The first TV spot for “Star Wars: The Force Awakens” debuted on Twitter Sunday and it contains plenty of explosive new footage in 30 seconds — but still no Luke.

Instead, Disney’s newest teaser for the hugely anticipated movie features new looks at other stars Harrison Ford, John Boyega and, notably, Daisy Ridley, as her character Rey can be seen fighting in the center of the action in a Jakku marketplace and shooting in the woods.

“I have lived long enough to see the same eyes in different people,” says Lupita Nyong’o’s Maz Kanata in a voiceover. “I see your eyes. I know your eyes.”

Kanata’s voice (though not her face) was also featured in the previous trailer.

“Star Wars: The Force Awakens” will fly into theaters on Dec. 18.