Watch Every ‘Star Wars: The Force Awakens’ Trailer in One Epic Supercut 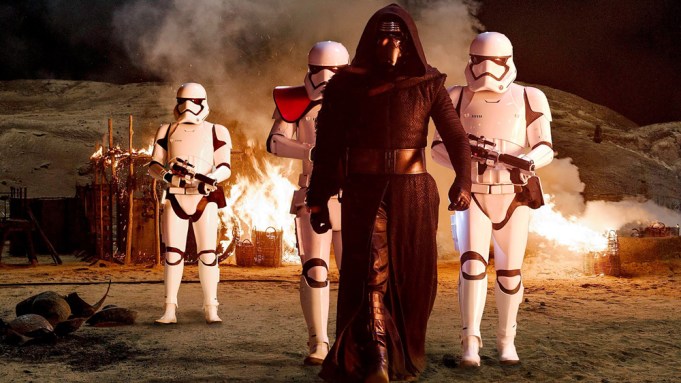 When the full trailer for “Star Wars: The Force Awakens” finally hit our screens on Oct. 19, it was as if millions of voices suddenly cried out in euphoria across the internet (and then were silenced by the furious clicking of keyboards as everyone shared their reactions). But the new promo – just over two minutes long – also served as a reminder that despite “Episode VII’s” lengthy promotional rollout, we’ve still seen very little footage from the hotly-anticipated sci-fi sequel.

This sad fact is illustrated by a handy supercut assembled by YouTube channel Science Vs. Cinema, which combines every piece of footage from “The Force Awakens” that has been released thus far.

Update, 11/9: Thanks to a newly released international trailer and TV spot, we’ve now seen even more “Force Awakens” footage, prompting Science vs. Cinema to update the supercut to incorporate the three domestic trailers, the TV spot, the international promo and the behind-the-scenes video that director J.J. Abrams unveiled at San Diego Comic-Con. The mash-up is just over four minutes in length, but thanks to some neat editing, it plays much like a new trailer, and attempts to splice the various characters’ plot threads into a more coherent and linear whole.

Ain’t It Cool News’ Andy “Copernicus” Howell (who collaborates with the video’s editor, James Darling, on Science Vs. Cinema) has offered some background on the supercut, but the result speaks for itself.

The theatrical “Star Wars” trailer narrowly missed breaking the YouTube record for most views in a single day — which was set by the film’s second teaser that was released back in April — but the fan fervor still allowed “The Force Awakens” to break plenty of other records in terms of advanced ticket sales.