Continue to Variety SKIP AD
You will be redirected back to your article in seconds
Dec 14, 2015 8:30am PT 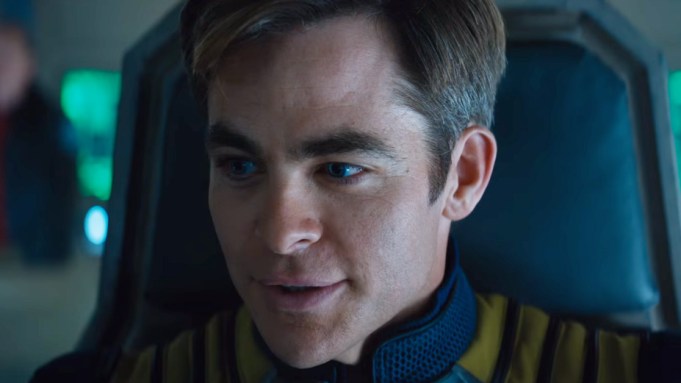 The “Star Trek Beyond” trailer debuted online on Monday. Paramount released the first official teaser after a German version leaked earlier in the day.

The action-packed trailer opens with the Beastie Boys’ “Sabotage,” which also played in the first movie, before the USS Enterprise is obliterated, leaving Capt. Kirk (Chris Pine) and the rest of the crew to fight for survival on a nearby planet.

“This is where it begins, Captain,” an alien, who may be Idris Elba’s new villain, warns. “This is where the frontier pushes back.”

The trailer offers a first look at Sofia Boutella’s new alien character, as well as other extraterrestrial species, who the gang has to battle.

In one scene, Bones (Karl Urban) and Spock (Zachary Quinto) are cornered by enemy drones.

The third film in the franchise is directed by Justin Lin, who was behind several “Fast & Furious” pics. “Star Trek Beyond” is the first movie in the rebooted series not to be directed by J.J. Abrams, who’s still on board as an executive producer.