Watch: Jake Gyllenhaal Battles For His Daughter in ‘Southpaw’ Trailer 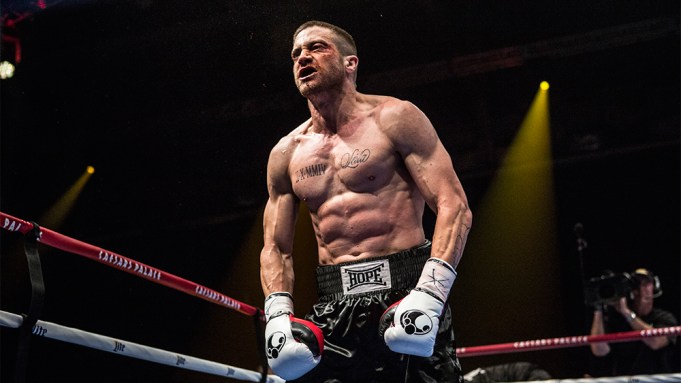 The Weinstein Company has released the first trailer for Jake Gyllenhaal’s boxing drama “Southpaw,” four months ahead of its July 31 release in the U.S.

The trailer features plenty of boxing action — starring a muscled-up Gyllenhaal, who added 15 pounds for the role — set against the backdrop of a family drama stemming from Gyllenhaal’s character losing custody of his daughter.

“Southpaw” is directed by Antoine Fuqua from a script by “Sons of Anarchy” creator Kurt Sutter and “The Equalizer” writer Richard Wenk. The story centers on a left-handed champ whose life is sent into a downward spiral by an accident until he receives help from a washed-up former boxer, played by Forest Whitaker.

The project had been in development at DreamWorks starring Eminem before winding up at TWC.