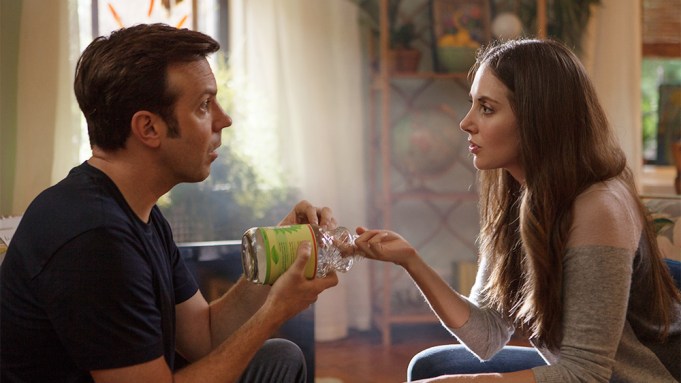 Alison Brie and Jason Sudeikis struggle to fight sex addiction in the first trailer for “Sleeping With Other People.”

Brie plays a serial cheater, while Sudeikis is a womanizer in the romantic comedy. The characters first have a fling in college, then rekindle their relationship when they run into each other more than a decade later at a 12-step program for sex addicts.

“The guy I lost my virginity to was at my sex addicts meeting,” Brie admits to a friend.

Leslye Headland (“Bachelorette”) directs from her own script. IFC bought North American rights to the movie following its premiere at the Sundance Film Festival in January. Will Ferrell, Adam McKay, Sidney Kimmel and Jessica Elbaum are producing, while Jim Tauber, Carla Hacken and Matt Berenson are exec producing.