Watch: Emily Blunt Gets Stuck in a Drug War in ‘Sicario’ Trailer 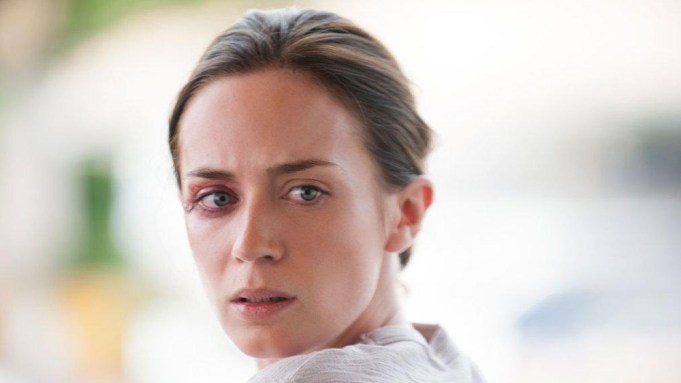 The trailer opens amid ominous music with the warning, “In Mexico, ‘sicario’ means hitman.”

The story, set in the lawless border area between the U.S. and Mexico, centers on an idealistic FBI agent (portrayed by Blunt) who’s exposed to the brutal world of international drug trafficking by members of a government task force — played by Brolin and Del Toro — who have enlisted her in their plan to take out a major Mexican cartel boss.

“Prisoners” helmer Denis Villeneuve directed from a script by Taylor Sheridan. The film premiered last month in competition at the Cannes Film Festival.