Continue to Variety SKIP AD
You will be redirected back to your article in seconds
Jun 18, 2015 7:44am PT 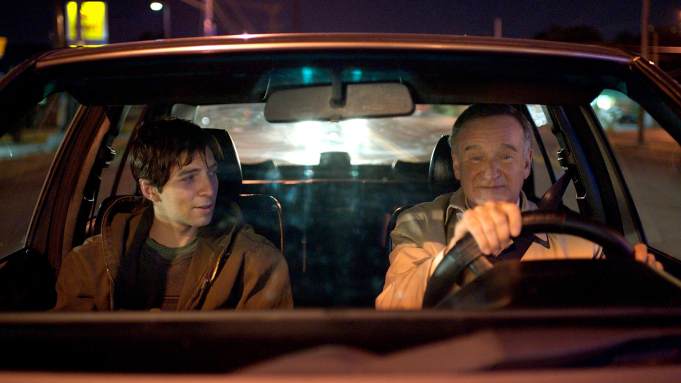 The first trailer for “Boulevard,” Robin Williams’ final onscreen performance (he voices a character in the upcoming film “Absolutely Anything”), spotlights the late actor’s dramatic range.

The movie follows a 60-year-old married man (Williams) who’s stuck in a dead-end job as a bank manager. The character is in denial about his sexuality until he befriends a young gay street hustler (Roberto Aguire).

Our critic Peter Debruge wrote in his review that the film tapped into the same loneliness felt in Williams’ “One Hour Photo” and “Good Will Hunting.”

Directed by Dito Montiel (“The Guide to Recognizing Your Saints”), the film also stars Bob Odenkirk and Kathy Baker.

“Boulevard” premiered at the Tribeca Film Festival and hits theaters on July 10.