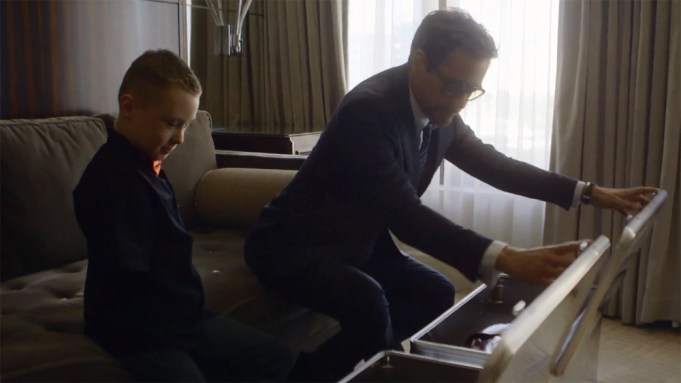 Tony Stark may have found the world’s next Avenger.

Alex, who was born with a partially developed arm, was greeted by Downey in full Stark persona. Alex had known he was meeting with a bionics expert but had no idea it would be one of his favorite superheroes.

Downey sat down with Alex to open up shiny silver cases holding the prosthetics — with Alex’s new limb designed in “Iron Man” style.

“I think yours might be better than mine,” Downey tells Alex as the two flexed fingers and fist bumped the robo-hands.

Limbitless Solutions founder Albert Manero told People that the design of Alex’s arm was approved by Marvel and described it as “Tony Stark-approved.”