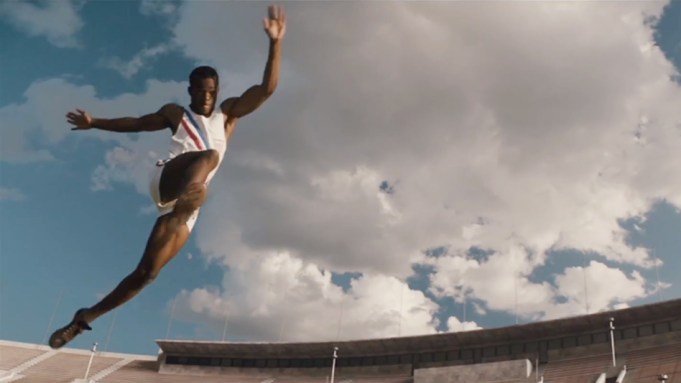 The trailer shows the start of the 100-meter race at the 1936 Berlin Olympics following the set-up, “In 10.3 seconds, Jesse Owens changed history.”

“Race,” directed by Stephen Hopkins from a script by Anna Waterhouse and Joe Shrapnel, was filmed in Montreal and at the Olympic Stadium in Berlin. The stadium is where Owens won four Olympic gold medals in 1936 in a repudiation of Adolf Hitler’s vision of Aryan supremacy.