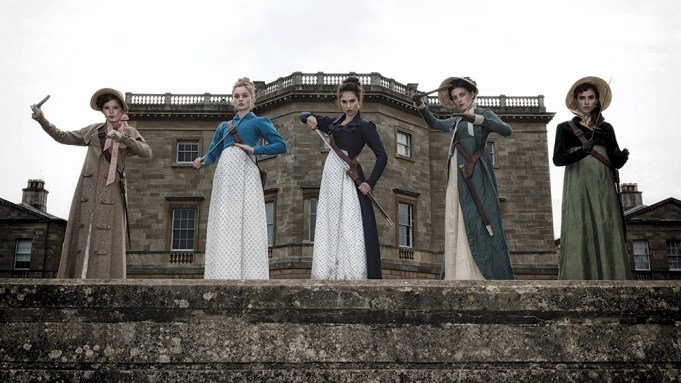 Elizabeth Bennet has been a role model for young women for generations, and Lily James’ portrayal of the heroine in “Pride and Prejudice and Zombies” will give little girls a brand-new Lizzie to look up to: a fearsome zombie slayer.

Based on Seth Grahame-Smith’s novel that fuses the Jane Austen classic with the zombie apocalypse, the Lionsgate release will see what happens when the undead invade Regency-era England.

“To succeed in polite society, a young woman must be many things: kind, well-read and accomplished,” James narrates in the first U.K. trailer for the film. “But to survive in the world as we know it, she’ll need other qualities.”

James is known for her role as yet another idol to little girls: the titular princess in “Cinderella.” She is also known for her work on “Downton Abbey.” She’ll next be seen in the miniseries adaptation of “War and Peace.”