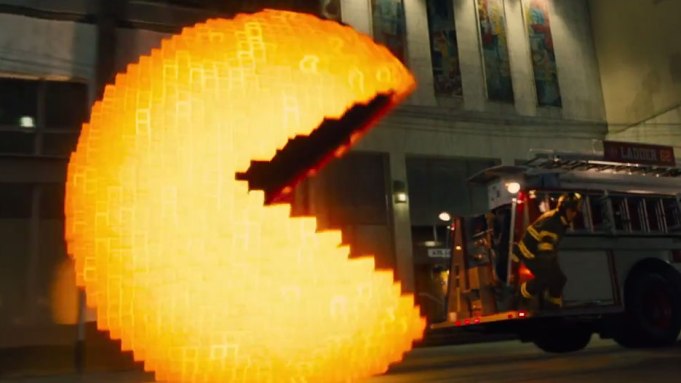 Sony Pictures has released the first trailer for Adam Sandler’s sci-fi comedy “Pixels,” four months ahead of its July 24 release.

Sandler plays a former arcade gaming champ tasked in the slapstick-laden trailer with saving Earth from an invasion of aliens portrayed as giant versions of classic videogame characters, such as Pac-Man and Donkey Kong. The story centers on the aliens misinterpreting video feeds in space exploration as a declaration of war against them.

“It was taken to be a message of peace,” the trailer notes. “Unfortunately it was taken the wrong way.”

The film also stars Kevin James as the President of the United States along with Josh Gad, Peter Dinklage and Michelle Monaghan. Chris Columbus directed from a script by Tim Dowling and Tim Herlihy, based on the short film by Patrick Jean.