Watch: First Teaser for ‘Now You See Me 2’ With Daniel Radcliffe 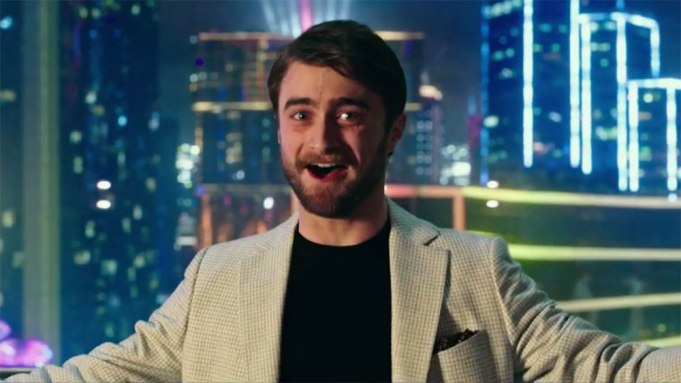 A bearded Daniel Radcliffe is unusually non-magical in the trailer for caper “Now You See Me 2,” released by Lionsgate on Wednesday.

“So happy to be working with you — ta-da!,” he says as he meets the Four Horsemen and flubs a magic trick.

Mark Ruffalo, Woody Harrelson, Jesse Eisenberg, Dave Franco, Morgan Freeman and Michael Caine are reprising their roles while Lizzy Caplan has replaced Isla Fisher in the sequel. Radcliffe is portraying the son of Caine’s insurance magnate character, who is the Four Horsemen’s sponsor.

“Now You See Me 2” opens June 10. CEO Jon Feltheimer said in May that Lionsgate believes that the movie will top the $350 million grossed by the original movie in 2013 and revealed that plans were already in the works for “Now You See Me 3.”

Jon M. Chu is directing the sequel from a script by Ed Solomon and Pete Chiarelli. Producers are Alex Kurtzman and Bobby Cohen.