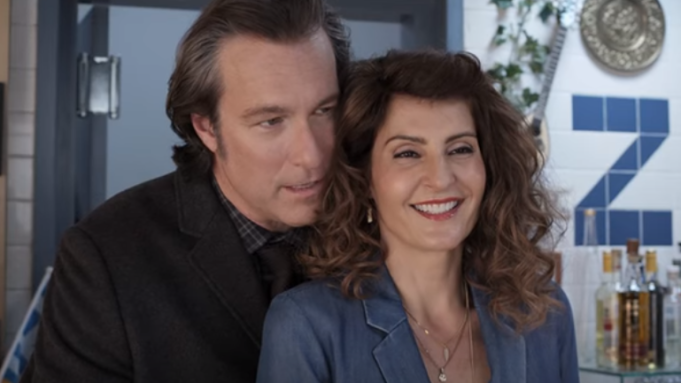 Universal Pictures has released the first trailer for “My Big Fat Greek Wedding 2,” which will open March 25 — 14 years after the original debuted.

Nia Vardalos penned the script and returns as Toula Portokalos, who is married to John Corbett’s Ian and dealing with a daughter, Paris (Elena Kampouris), failing to embrace Greek culture — even though she’s surrounded by it.

“Keep your eyeballs open for a nice Greek so one day you can make babies,” her grandfather Gus Portokalos (Michael Constantine) tells Paris.

It turns out that Toula’s parents were never legally married, which leads to another massive wedding.

The original film, starring Vardalos and Corbett, was a surprise success with $368 million in worldwide grosses. IFC distributed “My Big Fat Greek Wedding” in the U.S., where it grossed $240 million.