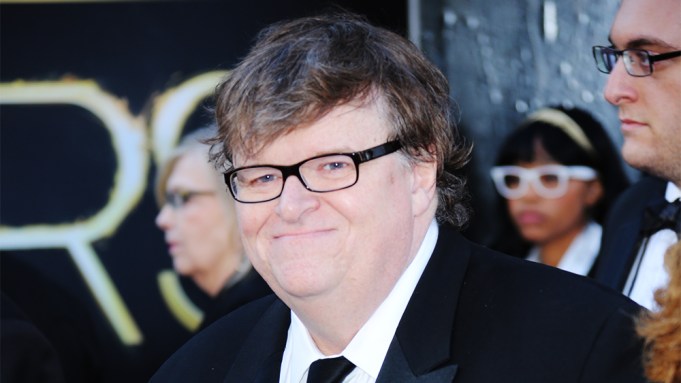 Michael Moore has chosen a new distributor for his documentary “Where to Invade Next,” three weeks after the film premiered at the Toronto Film Festival.

“Together with Michael Moore and his extraordinary new film we hope to remind Americans they have the inalienable right to laugh, especially in an election year,” Quinn, Janego and League said. “We’re thrilled about our new label and can’t think of a better film or filmmaker to launch with.”

The company name and details of the new venture will be revealed at a later date.

“Where to Invade Next” was expected to be one of the hot projects of this year’s Toronto International Film Festival, but a sale took longer than anticipated, closing two weeks after the fest ended.

The film began drawing interest from buyers even before it was screened. However, rumors started to swirl that Netflix was interested in buying worldwide rights to the project, potentially dissuading some bidders from getting involved in negotiations. Netflix never placed a bid for the movie.

Moore’s insistence on a theatrical rollout also may have prevented some distributors from seriously entering the fray. At one point, the film’s sales agent, WME, examined the possibility of pairing a premium cable network like HBO with a theatrical distributor, sources say.

“Where to Invade Next” was a question mark going into the festival. Moore and his team did not pre-screen the pic before it debuted, and the secrecy only heightened the interest. Moore enjoys nearly an unrivaled stature among non-fiction filmmakers. He is an Oscar-winner for “Bowling for Columbine” and his Bush administration takedown “Fahrenheit 9/11” remains the highest-grossing documentary in history, having hauled $119.2 million.

The purchase is certainly a coup for Quinn and Janego, who left the Weinstein Company-backed Radius last August. Documentaries were the pair’s strong suit both at Radius and during a stint at Magnolia. They scored Oscars for “20 Feet From Stardom” and the Edward Snowden documentary “Citizenfour,” and also worked on such acclaimed non-fiction films as “Enron: The Smartest Guys in the Room” and “Man on Wire.”

In a statement, Moore hailed Quinn, Janego and Alamo’s League as a “dream team.”

“It is clear to me that they want to forge something new for a new century,” he said. “They decided it was time to rethink the way movies are made, doing it with filmmakers who create their best work in a supportive environment, unfettered by a traditional studio system.”

The deal is for North American rights, so Moore can still try to find foreign distributors for other territories.

“Where to Invade Next” covers a range of topics from the benefits of female leadership to prison reform, and seems ideally timed to next year’s 2016 presidential election. The doc compares European countries’ approaches to healthcare, gun control and education with the way the United States chooses to deal with these issues. Many studio executives said it was more uplifting than previous Moore films like “Sicko” or “Capitalism: A Love Story,” calling it was his most crowd-pleasing film since 1989’s “Roger & Me.”

“Where to Invade Next” hits theaters in December — just in time for Oscar consideration.

The film’s American premiere is Friday evening at the New York Film Festival presented by the Film Society of Lincoln Center. Moore produced the film with documentarians Carl Deal and Tia Lessin.