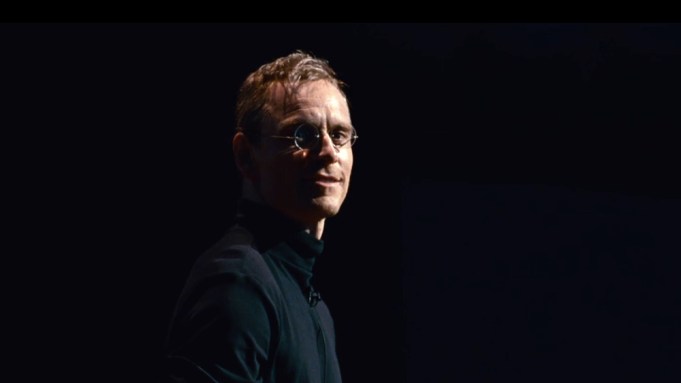 Everyone hates Steve Jobs in the first trailer for the new movie about the Apple co-founder.

“What do you do? You’re not an engineer. You’re not a designer. You can’t put a hammer to a nail. I built the circuit board. The graphical interface was stolen. So how come, 10 times in a day, I read Steve Jobs is a genius. What do you do?” asks Seth Rogen’s Steve Wozniak to Michael Fassbender’s Jobs.

“Musicians play their instruments. I play the orchestra,” Fassbender’s Jobs responds arrogantly. “You had three weeks; the universe was created in a third of that time,” he later tells a subordinate about resolving a problem.

Universal picked up the project in November, less than a week after Sony put the high-profile feature into turnaround.

The movie, which is divided into three parts — each before one of Apple’s notorious product launches — hits theaters on October 9.