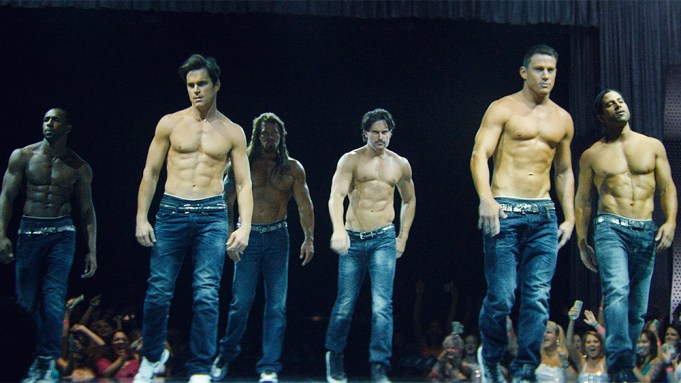 Warner Bros. isn’t being subtle with the steamy trailer for stripper sequel “Magic Mike XXL,” which teases “We didn’t want to show the best parts but it was very hard to resist.”

Much of the trailer focuses on Channing Tatum’s titular character as he demonstrates his moves — along with Matt Bomer, Joe Manganiello, Kevin Nash and Adam Rodriguez, who are all reprising their roles.

The original became a sleeper hit in 2012, grossing more than $167 million worldwide on a production budget of just $7 million. Steven Soderbergh directed the first film, while his producer Greg Jacobs stepped in to helm the sequel from a script co-written by Tatum and Reid Carolin.

The plot, such as it is, involves Tatum’s burly band of dancers taking off on a road trip from Tampa to Myrtle Beach for a stripping convention. Amber Heard, Michael Strahan, Donald Glover, Jada Pinkett Smith, Elizabeth Banks and Andie MacDowell also appear in the sequel.