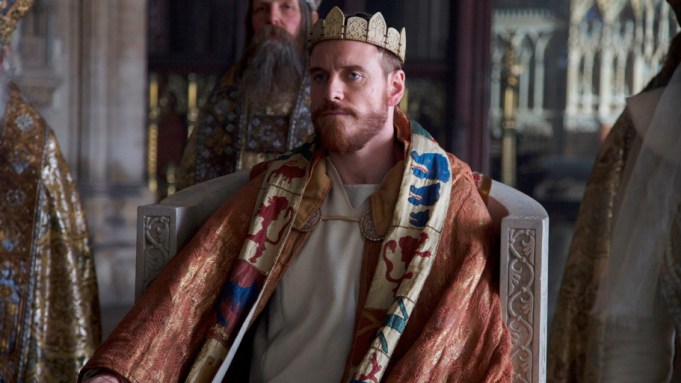 “All hail, Macbeth, thou shalt be king hereafter!”

Michael Fassbender rises to power in the first official trailer for “Macbeth,” released by the Weinstein Company on Tuesday. The haunting trailer shows the titular Scottish lord’s bloody journey to the throne. Marion Cotillard plays Lady Macbeth, who feeds her husband’s insatiable appetite for power.