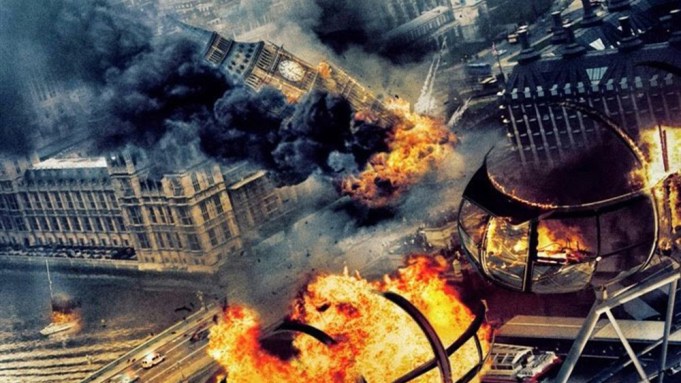 The children’t nursery rhyme “London Bridge Is Falling Down” takes on ominous notes in the first teaser for “London Has Fallen” — the sequel to 2013’s “Olympus Has Fallen.”

Destruction abounds in the trailer from Lionsgate U.K., as historic London landmarks are blown to smithereens.