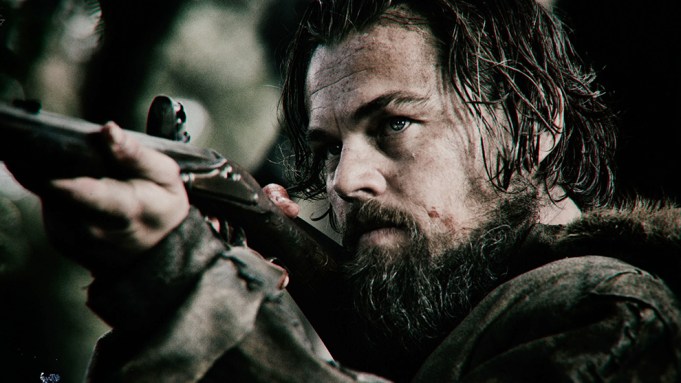 Leonardo DiCaprio isn’t afraid to die in the first trailer for the survival drama “The Revenant.”

“I done it already,” he says, referring to death.

The movie, which is already generating plenty of Oscar buzz, teams DiCaprio with Oscar-winning director Alejandro G. Inarritu, who also co-wrote the film based on Michael Punke’s novel. If anyone can help DiCaprio in the hunt for Oscar gold, it’s Inarritu, whose “Birdman” nabbed four Academy Awards this year.

Inspired by the life of mythical explorer Hugh Glass, “The Revenant” focuses on one man’s (DiCaprio) adventure of survival in the early 19th century American wilderness.

The trailer, which is light on dialogue and heavy on action, finds DiCaprio’s character facing off against Tom Hardy, who plays his confidant-turned-enemy John Fitzgerald. Glass vows revenge on Fitzgerald when he betrays him, robbing him and leaving him for dead in the wilderness. The fur trapper also battles a bear and a vicious winter, ultimately traveling more than 200 miles to seek redemption.

The film also stars Domhnall Gleeson and Will Poulter. It was shot entirely in natural light by cinematographer Emmanuel Lubezki.

“The Revenant,” from New Regency and 20th Century Fox, hits theaters on Christmas Day before going wide on Jan. 8, 2016.