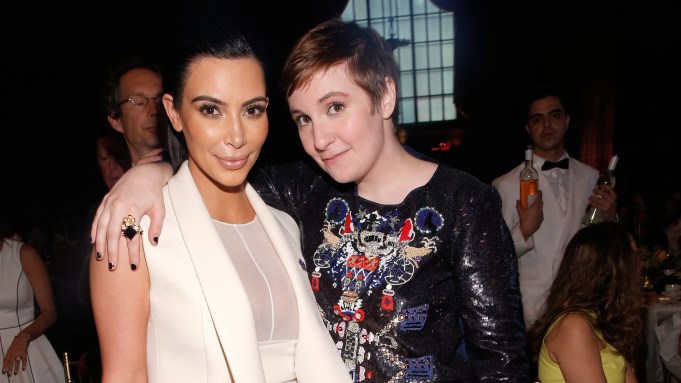 Lena Dunham opened her speech at Variety’s Power of Women luncheon with a not-so-shocking declaration. “It will surprise nobody in this room that I identity as a feminist,” Dunham said. “In fact, if it does surprise you, I suggest you take a look around the room and make sure that you’re not lost. You know what this luncheon is, right? The Men’s Rights Association meeting is down the street at P.F. Chang’s and I hear they started already so get moving.”

The punchline got a big laugh, before Dunham launched into a passionate endorsement of GEMS, a non-profit founded by activist Rachel Lloyd to help young women from low-income backgrounds who have been domestically sex trafficked and exploited. “When I was raped, I felt powerless,” said Dunham, describing her college campus experience. “I felt my value had been determined by someone else. It took years to recognize my personal worth was not tied to my assault. The voices telling me I deserved this were phantoms, liars.”

The lunch, presented by Lifetime, opened with Variety’s publisher Michelle Sobrino-Stearns and co-editor-in-chief Claudia Eller. “The fact is, there aren’t enough good roles for women in front of the camera, behind the camera or in executive suites,” Eller said. “That must change.”

Close offered one of the most emotional moments of the lunch when she talked about how mental illness ran in her family, citing the examples of her younger sister Jessie (bipolar disorder) and nephew Callen (schizoaffective disorder), who both inspired her to start Bring Change 2 Mind in 2010 to end stigma. Close teared up as she described her mother, who died in February after suffering from a lifetime of depression, as well as her mother’s half brother (“who died by suicide”), her mother’s uncle (“who died of alcoholism”) and another uncle who was schizophrenic.

“As an actress, I’ve terrified men and I’ve certainly terrified children, but I’ve yet to terrify women,” Close said. “Contrary to cliché, there’s very little that frightens us.” But sometimes, she added, “we hide or suppress the truth to protect ourselves and families from shame.” She told mental illness sufferers they had no reason to feel that way: “Don’t be scared,” Close said. As her voice started to shake in the middle of the speech, she turned to Goldberg in the audience, and said that she needed their friend Robin Williams in the room to crack a joke to lighten the mood.

Rachel Weisz spoke about working with the Opportunity Network, which awards scholarships to kids who couldn’t otherwise afford college. “I believe education is a basic human right, one that should be independent of background and income,” she said. “Yet 10 percent of low-income kids graduate [from college] and fewer than 8 percent graduate with jobs. The Opportunity Network levels the playing field for kids they mentor.” She ended her speech by inviting some of the young scholars who benefited from the organization to join her onstage, and gave her award to them.

Goldberg closed the ceremony by bringing a spotlight to her charity Figure Skating in Harlem, which provides sports and academic coaching to 250 girls in New York each year. “For me, I always get concerned when we forget what our job is,” said Goldberg, who brought along her “View” co-hosts Nicolle Wallace and Rosie Perez. “Our job is to try to make life a little better.” She said she felt inspired to help the charity because she loved to ice skate as a young girl growing up in New York, but she never saw any black figure skaters. “If you’re in power, look around and see what’s missing from your roster,” Goldberg said.

“I just want to say something about the other women,” Goldberg added of this year’s honorees. “They aren’t just powerful women. They are thoughtful women.”