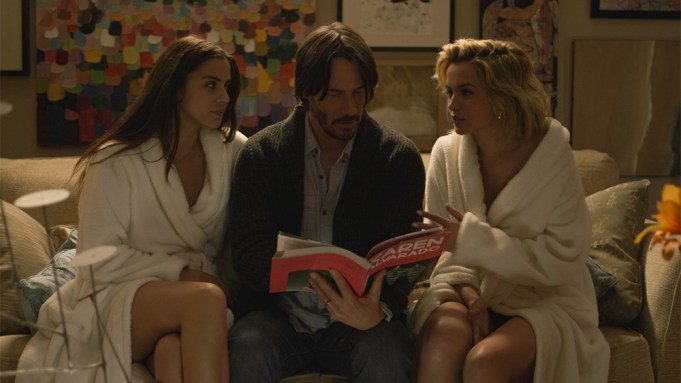 The new trailer for Keanu Reeves’ horror movie “Knock Knock” gets very physical, in more ways than one.

The first official full trailer for the film shows Reeves as Evan Webber, a married man with children. When his family is away, he lets two women who got caught in the rain into his home. They eventually convince him cheat on his wife with them, which turns out to be a very bad decision after the duo turns on him.

The movie made its debut at the Sundance Film Festival in January, where Lionsgate picked it up for $2.5 million. In his review for Variety, Ben Kenigsberg called the film a “glossy and reasonably fun update.”