‘Kingsman’ Takes on ‘Fifty Shades of Grey’ with Uber Promotion 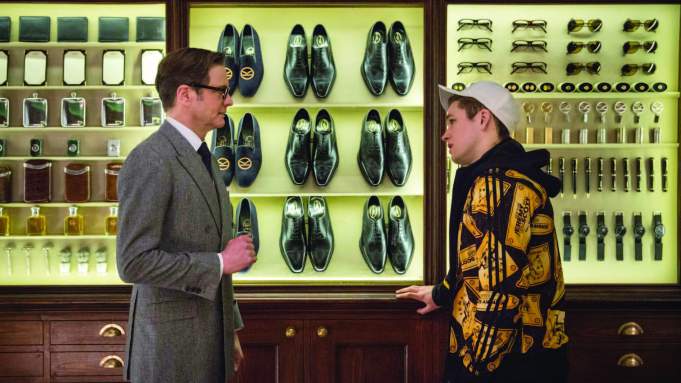 With a Valentine’s Day weekend battle at the box office between “Kingsman: The Secret Service” and “Fifty Shades of Grey” fast approaching, Uber is literally revving up the campaign for 20th Century Fox’s spy thriller.

In a none-too-subtle nod to the competition, the ride service company will host 50 screenings of the film in 50 cities on Jan. 15, a month before “Kingsman’s” release on Feb. 13.

The promotion is the largest Uber has done around a single film, and will reach over 10,000 Uber riders across the country. The participating cities can be viewed here.

Uber’s effort includes a video in which it amps up the stylish quotient of the film’s lead spy, played by Colin Firth, and his new agent in training (Taron Egerton),” starting with a voiceover saying, “the Kingsman always arrives in style.”

Universal’s marketing efforts for “Fifty Shades” also emphasize the lavish lifestyle of its lead Christian Grey and his luxury apartment, cars and clothes.

But without a car partner to promote the film with significant marketing dollars, Fox has uniquely found another ride to the multiplex in Uber instead.

In another unique marketing pair up, Fox and online luxury clothing retailer Mr. Porter, created a microsite around the film, featuring apparel that can be purchased on a destination that offers up trailers and intros to the cast and their characters.

Uber operates in 53 countries and 261 cities, and competes against traditional taxi services and rival Lyft with its app-based service.

“We have a film that audiences are responding to in an amazing way, so we wanted Uber and their huge base of users to help spread the word,” said Marc Weinstock, president of marketing, 20th Century Fox.

To pull off the promotion, Uber is enabling individuals to enter to win two passes to the advanced screening through the ride service’s app, starting Jan. 12, with submissions accepted through 10 a.m. on Jan. 15.

Uber also is offering a “Kingsman Vehicle Experience” in nine cities — Atlanta, Chicago, Dallas, Denver, Houston, Los Angeles, New York, Toronto and Washington D.C. — that includes a pair of tickets to a screening and complimentary ride, as well as promotional merchandise for the film.

All of the participants who enter a code will be entered into a sweepstakes to attend a “Kingsman” event in New York City, taking place Feb. 9.