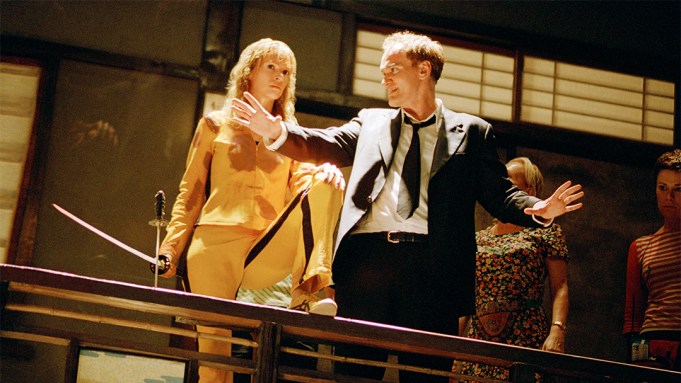 It’s been 11 years since Uma Thurman’s “Kill Bill” heroine last graced the big screen and 12 years since The Bride first fought her way to audience’s hearts. But she’s not dead yet.

“I’m not committing to it, but I wouldn’t be surprised if The Bride made one more appearance before the whole thing is said and done,” he said during a recent interview as part of our “Contenders Conversations” series. “I am talking to Uma about it just a little bit. Some of the stuff that I’d written that never made it into the movie that maybe I could use.”

Although Tarantino is now looking forward to catching up with Sofie Fatale, Elle Driver and other characters, he wasn’t initially interested in writing or helming a third installment: “I felt I said what I had to say.”

Tarantino also described “Kill Bill” as his “most visionary movie.” He said his work has since veered toward the more literary as opposed to the vision-oriented. His latest pic, the bloody Western “The Hateful Eight,” is currently in theaters.