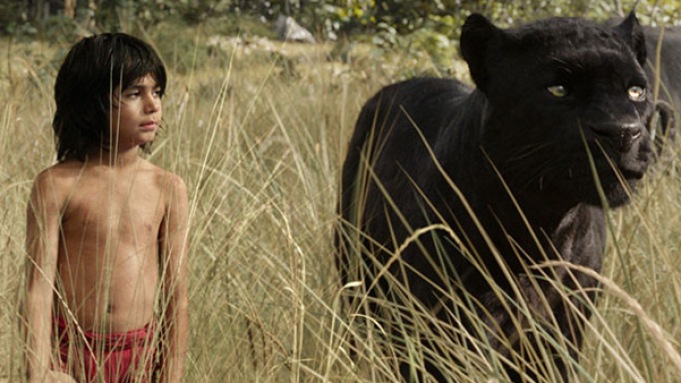 The surprisingly ominous, eye-popping first trailer for Disney’s live-action version of “The Jungle Book” was released on Tuesday.

The teaser shows Scarlett Johansson’s Kaa slithering toward the young Mowgli (played by newcomer Neel Sethi) in a jungle filled with predators, including Shere Khan, the tiger voiced by Idris Elba.

However, Mowgli is the only live-action element of the film, which relied heavily on motion-capture techniques to depict the wild animals.

The film’s first footage reveal received a standing ovation at Disney’s D23 convention last month. Jon Favreau told the D23 crowd that the movie was first animated, then shot in live action, before the two versions were melded together.

Warner Bros. has its own version of the movie on the horizon. Andy Serkis’ “Jungle Book: Origins,” starring Cate Blanchett, Benedict Cumberbatch and Christian Bale, will debut in 2017.