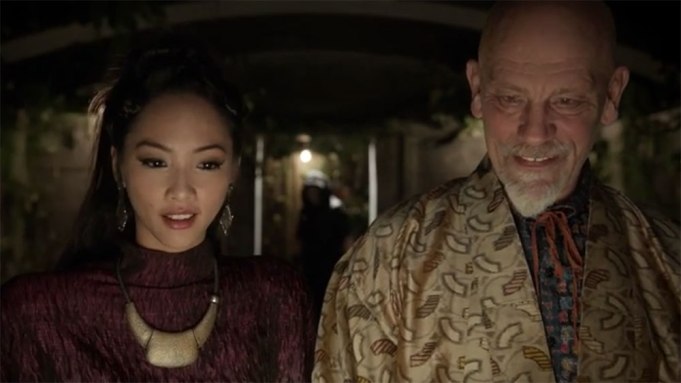 John Malkovich and Robert Rodriguez have made a movie that won’t be seen for 100 years.

The film, aptly titled “100 Years,” is set in the present but won’t be seen until Nov. 18, 2115, according to io9. Malkovich was approached for an idea by liquor brand Louis XIII Cognac, which is also aged 100 years.

Few details are known about the direction of “100 Years,” though Rodriguez said it’s “emotionally charged.” Three teasers were released, though rather than give any hints about the story, they show the same scene with different interpretations of how the future could look.

“There were several options when the project was first presented of what [the future] would be,” said Malkovich. “An incredibly high tech, beyond computerized version of the world, a post-Chernoybl, back to nature, semi-collapsed civilization and then there was a retro future which was how the future was imagined in science fiction of the 1940s or 50s.”

In a cool twist, Louis XIII will be giving out 1,000 metal tickets that will allow the receiver’s descendants to see the screening of “100 Years” in 100 years.