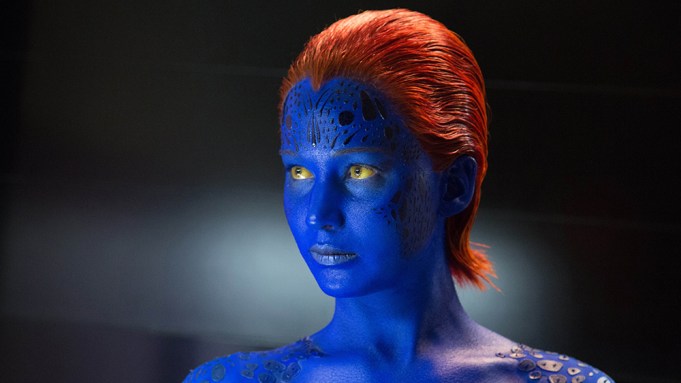 Jennifer Lawrence confirmed that “X-Men: Apocalypse” will be her last film in the franchise in an interview MTV News released Monday.

“It is my last one,” Lawrence said when asked if it would be her final “X-Men” film. (She drops the bomb around the 3:25 mark.)

Lawrence played sexy blue mutant Mystique in “X-Men: First Class” and “X-Men: Days of Future Past.” Mystique will reportedly play an even larger role in the plot of “Apocalypse.”

“The relationship between Beast and Mystique is a really interesting one that we didn’t have a lot of time to explore in ‘Days of Future Past’ so we’ll have an opportunity to do more of that in ‘Apocalypse,’” said screenwriter Simon Kinberg.

“Part of what’s really interesting about Mystique’s character is that she is, in some ways, the child of both Erik and Charles,” Kinberg added. “She grew up with Charles and then she sort of became a woman with Erik, so her being the cross-pollination, if you will, of those two philosophies and those two men is something we can explore in the movie, too.”

“X-Men: Apocalypse” will also star series regulars including James McAvoy, Michael Fassbender, Nicholas Hoult and Rose Byrne, plus Oscar Isaac and Kodi Smit-McPhee, both new to the franchise. Neither Ian McKellen nor Patrick Stewart will be returning, however. Bryan Singer will direct.