Watch: Jason Segel Is David Foster Wallace in ‘End of the Tour’ Trailer 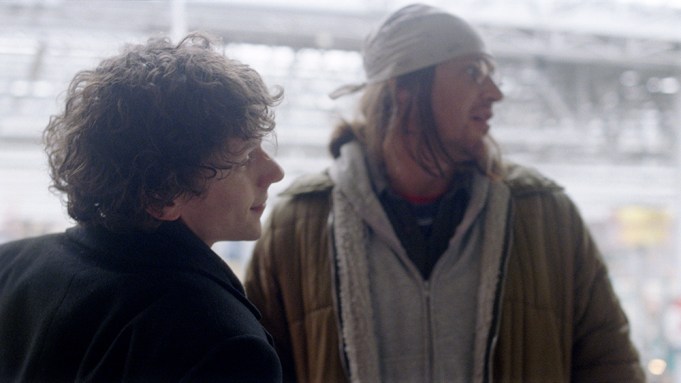 A24 has released its first trailer for James Ponsoldt’s “The End of the Tour,” starring Jason Segel as David Foster Wallace and Jesse Eisenberg as a Rolling Stone journalist.

Talk dominates in the trailer, which consists of conversations between the two. “I treasure my regular guy-ness,” a disheveled-looking Segel says at one point.

A24 bought the film, based on David Lipsky’s memoir, following its premiere at Sundance in January. Lipsky’s memoir is titled “Although of Course You End Up Becoming Yourself: A Road Trip With David Foster Wallace,” about a five-day interview with the novelist in 1996. The book was written after Wallace’s 2008 suicide.

“The End of the Tour” was produced by Anonymous Content’s David Kanter and Matt DeRoss, Modern Man Films’ James Dahl, and Kilburn Media’s Mark Manuel and Ted O’Neal. It hits theaters on July 31.