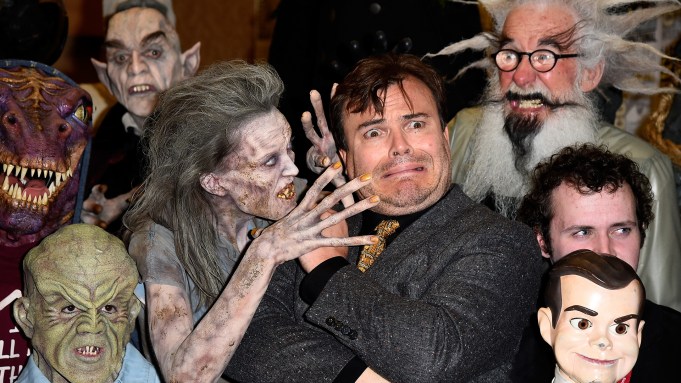 Skin will crawl this Halloween with the release of the live-action “Goosebumps” movie.

The trailer, unveiled Wednesday, shows Jack Black as R.L. Stine, the author of the famous young adult horror novels. When his new next door neighbor (Dylan Minnette, “Prisoners”) takes an interest in his daughter (Odeya Rush, “The Giver”), the original “Goosebumps” manuscripts get unlocked, releasing an abominable snowman, killer gnomes and an invisible boy, among countless other monsters.

“You’ve just released every monster I’ve ever created,” Black says once the supernatural books are opened.

The Columbia Pictures release is directed by Rob Letterman and produced by Neal H. Moritz through his Original Film banner. Deborah Forte of Scholastic Entertainment, which published the books, is also producing.