Watch: Emotions Run Wild in New ‘Inside Out’ Trailer 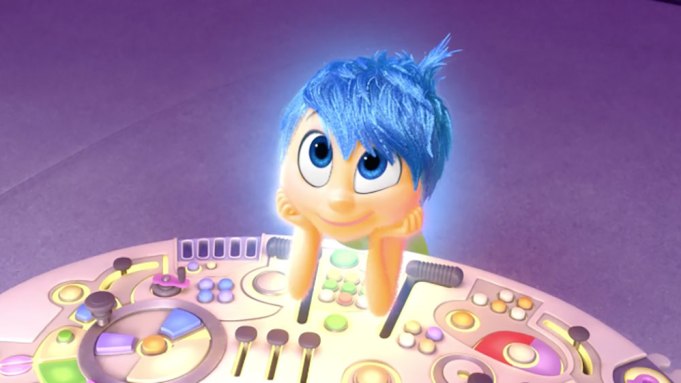 Pixar has released a new look at the little voices inside 11-year-old Riley’s head in “Inside Out.”

The new trailer gives just a glimpse of the challenges facing Joy (Amy Poehler), Sadness (Phyllis Smith), Fear (Bill Hader), Disgust (Mindy Kaling) and Anger (Lewis Black) as they try to help Riley handle a new city, house and school after a move across the country. In the preview, Joy gives a quick tour of Headquarters, where the emotions live and manage Riley’s memories.

The trailer also features new looks at Riley’s life, Joy and Sadness getting lost in Riley’s “Imagination Land” and what happens when the girl has a brain freeze. And according to Anger, San Francisco has ruined pizza.