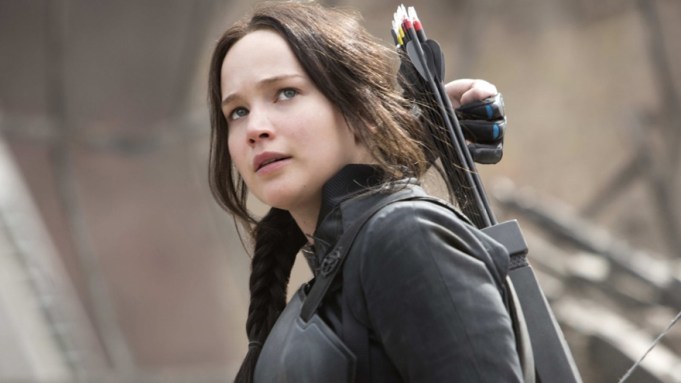 Jennifer Lawrence dominates the first full-length trailer for “The Hunger Games: Mockingjay — Part 2” as Katniss Everdeen and her allies storm the Capitol with the aim of taking down Donald Sutherland’s thoroughly evil President Snow.

“My dear Miss Everdeen, make no mistake,” he tells her early in the trailer. “The game is coming to its end.”

Indeed, Lionsgate’s fourth and final “Hunger Games” arrives November 20, having hauled in over $2.2 billion at the box office with the first three films.

“Snow has to pay for what he’s done,” Katniss declares.